The Board of Directors discusses the recommendations of the AGM 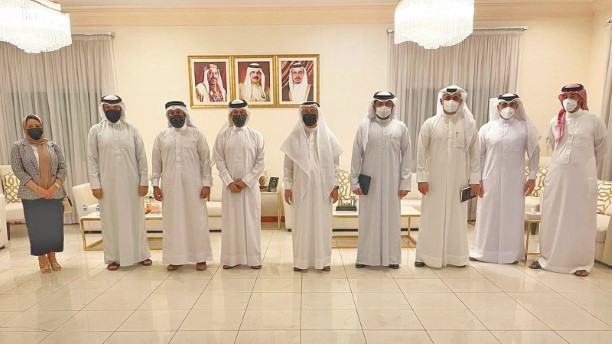 The Board of Directors of the Bahraini Journalists Association held a meeting yesterday, 25 July 2021, to discuss the most prominent recommendations of the General Assembly.
During the meeting, it was agreed to form a committee to amend the statute, and to chair the committee by the Chairman Isa Al-Shaiji.
The Board of Directors also voted to approve the formation of a committee to study the amendments to the press law, headed by Board Member Rashid Al-Hamar.
Within the agenda of the Board of Directors meeting, the Women’s Committee was approved and BJA member Noura Al-Mansoori was chosen as the Head of the Committee, as part of the Board’s direction to activate the role of members in the current session 2021-2023.
Mr. Al-Shaiji thanked and appreciated the journalist Rashid Al-Ghayeb for his initiative to submit a number of proposals to the Board of Directors, which were discussed in detail during the meeting, stressing that all proposals submitted by the members will be taken into account and will be considered by the Board of Directors.
Al-Shaiji called for activating the training committee and launching specialized programs in cooperation with elite journalism and media professors to develop the skills of the members.
July 25, 2021
انشر
Share on FacebookShare on Facebook TweetShare on Twitter Share on WhatsAppShare on WhatsApp Share on LinkedInShare on LinkedIn
Latest News
Go to Top