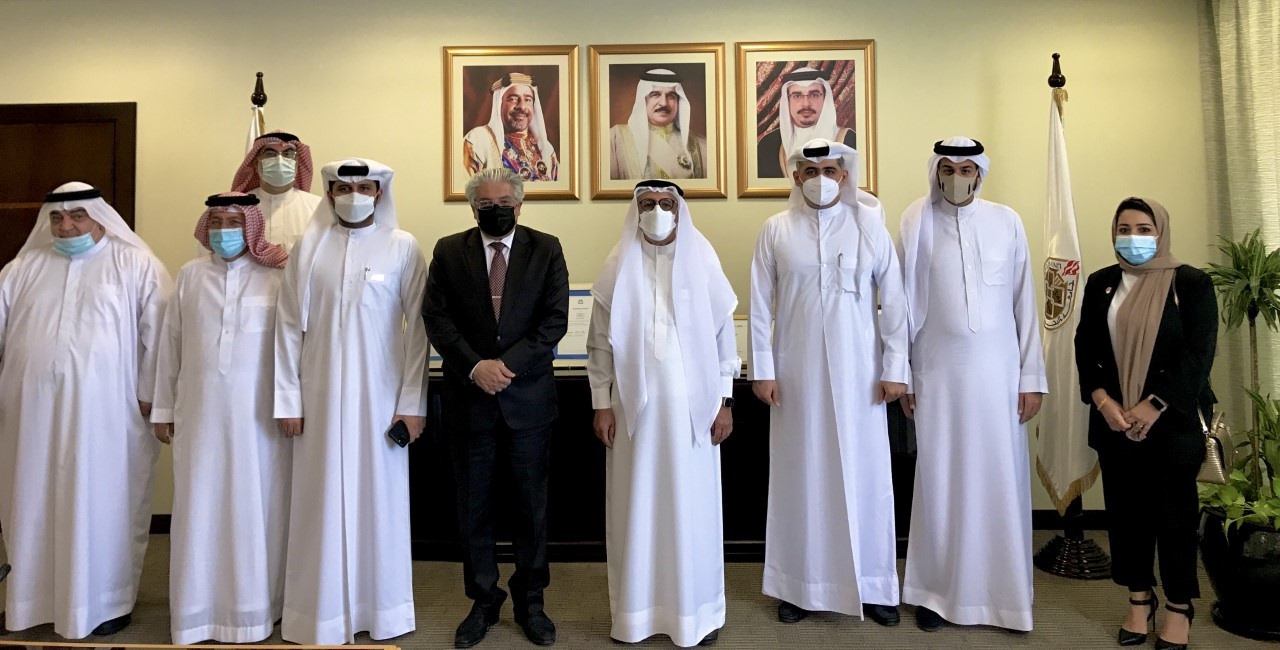 University of Bahrain (UoB) President, Dr. Riyad Yousif Hamzah, has lauded the great national role played by the Bahraini press, praising its keenness to interact with the public and institutions to communicate views objectively.

UoB President made the statements while receiving here today the Bahrain Journalists Association (BJA) President, Isa Al-Shaiji, and board members, following their election.

The two sides reviewed the latest media developments, and the need to be prepared for them with more knowledge, training and rehabilitation of the media personnel in order to be able to cope with the requirements of their profession.

The meeting also touched upon practical training and digital media, as well as aspects of cooperation between the UoB and BJA.

UoB President welcomed all efforts aimed at enhancing media work in the kingdom, as they benefit the interests of the students of media, tourism and arts at UoB, in particular, and the media sector in the kingdom, in general.